But since this happened I have had a few experiences with being in constellations of three of very different kinds.

I realise now that I am very comfortable sleeping with a woman, regardless whether or not there is a man involved. I guess I can confirm to myself that I have not identified as bisexual due to some urge to fit in, or attract men etc but because I actually love being sexually active with women.

On an similar note, my relationship with Violin was put to a little test this weekend. We failed at first but communication came in to save the day.

I had to rush back home after hearing that my father was dying. Two days later he died. As previously I decided to fight the bad with some good. I went to visit the German who cancelled his plans for me. We went out in the snow and had a beautiful start to a Saturday evening. I then felt confident enough to have Violin join us who just finished her shift. We spontaneously picked her up. We all had some dinner and talked for a while until I was overcome with intense sadness. I felt the need to be alone, or just with the German since I didn’t know how to share myself with her. She herself was in a bad place. Due to us only meeting a few times beforehand, sharing our deeper emotions is still out of our comfortzone.

Struggling with what to feel and how to behave about my recent loss, Violin’s suffering passed unnoticed. We both gave all power to the German, asking him to take decisions mentioning how numb we both felt.

The German tried to convince us to chat some more hoping we could support each other. This failed and finally I wanted to bail. I wanted her to leave as I felt like I had to be something other than just myself. I crumbled under these thoughts and the exhaustion of the recent events. She offered to leave. I asked if she could. She ran off not letting the German drive her home. I assure him he should go after her. Three hours later he came back. I had regretted sending him, I had cried and I struggled to not lose control over myself. I did not want to be alone but I also did not want her to be unhappy. I also did not want to hurt myself in his home. This would have resolved in huge amounts of guilt. 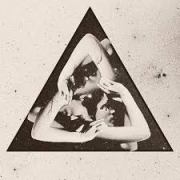 When he returned I was upset. I don’t remember exactly what happened. We decided to sleep. I cried. There was some comfort but more when we woke back up.

The German was overwhelmed with whom to help and what to do. That evening he raised the desire to talk to both of us. We did. Major thing we discovered was how necessary it is to communicate your needs. Once we had all stated what we needed, we started to try and find a way of getting all the needs met.

Violins needs and mine clashed. I reanalysed how I felt about it and decided I was ok with putting hers ahead of mine. Firstly it was easier logistically and secondly  I was sure I was going to get them met sooner or later.

We spent the evening and night together. Monday morning the German went off to work and Violin and I spent the day together. We built a Snowman.

In the club we went to later that evening something changed inside me. I was holding the German, crying with “My father is dead” being the only thing I could think of. Then I wanted to be held by Violin. I wanted to show her my pain. I wanted to include her. Looking back this was a big step for me. I believe it strengthened our relationship and maybe gave her more comfort about the thought of sharing herself with me one day.

A few days later a couple of messages were exchanged, again confirming that we were on the same page. Violin and I are on a way to a strong bond. It will take a long time for it to be as close as the ones we each have with the German but the love we share with him and each other spawns more love to be given and to be received.

Three is my favourite number. I have various reasons why.

Yesterday the German read my last update about meeting Violin. He then confirmed to me that he has read every single one of my posts. I went back to scanning some of what I have written. Damn I have written some whiny sad shit on here. But like the nice little picture says, I am glad that I am not where I used to be.

I am actually proud of how much I have grown in the last year. All these experiences good and bad have helped me learn a lot more about myself, what I need and what I want. I seem to be even better at getting what I want and asking for what I need.

The major thing I learned is how to deal with weakness.

First I learned how to show it but it was too much. Then I learned to ask for help but I drowned in sorrow. Now I know to open myself up as soon as I feel the need to.

These three stages are related to different events in my life. All three of which I have mentioned in previous posts. I only realise now how much they interlink: my need to be selfish, the depression due to my fathers accident and dealing with fear of loss and jealousy.

As much as I know that the German loves me, sometimes I feel left out, abandoned, worried that I might not be good enough. Deep down I know all of this is untrue.

This weekend I learned that when these horrible thoughts creep up in my head it is better to say so. I realise twice how they started to grow and that I was not able to stop them. My brain was sending me into a downward spiral. I opened up and someone else shone their light on my fear and all the shadows vanished.

By uttering a few words, what could have been a huge dramatic outburst and misunderstanding became and exchange of love and support. It takes a lot to admit how you feel but the more often you dive in, the more you will see that it is worth taking the risk.

The last 12 months might have been tough but I feel stronger than ever before. Like my friend the bald one said yesterday: we all get irrational from time to time, there is no need to be ashamed of it.

The same weekend that my dad got hit by a car the German confessed that he had met a girl which he had fallen for.

I was exquisitely exited but when he elaborated my feelings changed quickly.

He told me that she was a few years younger, had just moved to town and started studying and was currently living with her monogamous boyfriend.

Well that didn’t sound good. During his stay in London the German did spent some moments chatting via facebook with her. This did upset me at some moments because he was doing so while I was driving him to a museum he wanted to go see. I was already scared of being replaced by a younger model.

This is the first time I have ever experienced someone I love falling for someone else. In my head she was perfect and definitely at least three sizes smaller than me.

The week after New Year’s the German basically dropped off the face of the planet. Then he was over an hour later for our skype date and I freaked.

I felt unappreciated and unimportant. Replaceable.

Following a tough weekend of discussing with the German via facebook, text and skype, he agreed to show me more support, which I currently need a lot due to my emotions concerning my father’s accident.

Last weekend I made a rather impulsive trip back home. Since I was so unfocused at Uni that I was sent home by my tutor, I decided I needed to find a way of digesting my feelings. The only solution I found was visiting my dad in the hospital. I also found a way of smoothing this task by including lots of loving in my weekend.

The German and I invited Violin (as I shall henceforth name her) over.

I was nervous and scared. In general it had been an emotionally tense day. I was afraid she was going to be insanely hot. When she came into the flat this perfect image inside my head vanished. She is hot but visibly younger than me. She is also taller than me. She is skinny.

But once we got talking none of this mattered anymore. I completely saw why this man I love has fallen for this girl.

The next day we added each other on facebook and exchanged messages all day. We all went out dancing the same evening and had an awesome time. Violin dragged me onto the dancefloor and later on during the night when she did the same again I kissed her.

You should have seen the German’s face. He told me later on at home that this might just go down as the best night ever.

We have also recently exchanged a few more messages exploring where this constellation might go etc.

In general the situation seems to be going very well except for the fact that since they opened their relationship up around Christmas, Violin has been very intensely thinking about breaking up with her boyfriend. And this weekend I believe she did.

It looks like there are tough times ahead for her. I have been in her situation and know how emotionally straining these things can be.

Lots of these feelings surge every now and then. I generally pay little attention to them. I only need to remind myself how the German smiles at me and I am absolutely convinced that he loves me. Plus he is so lovely to sometimes say so himself and write me very uplifting little messages.

I have been thinking a lot about being in a triad and just seeing the German and the Goth get along so well over New Year’s made me really happy. I can only hope that for the German this will be an equally happy experience.

For now it looks like everyone involved is happy deepening our connection so we shall see where it goes.